This year, Easter had proven to me that really, it's being with family that counts. My sister came up for Easter celebrations now that Inkling, the youngest, is sleeping through the night and a longer drive seemed more plausible. We've had a terrific long weekend all together; trampolining, spooky dog walks, baking and just enjoying one another's company. Felix is positive that the hubby is a real wizard, so we had magic with lunch and a bedtime magic quest where she had to save the Princess after completing three trials. I honestly have no idea how to best this visit - I had thought the otter cuddle party impossible to beat, but Felix really seemed to have a wonderful time and was loathe to go home.

Easter itself was full of high points - we had dippy eggs for breakfast (an absolute must in my household) followed by a battle of bubbles in the garden. We woke up to a white Easter, but it quickly warmed up enough to allow everyone to get out and play with bubbles. No one is too old for bubbles, and I have evidence of both my sister and brother in law delighting in them - one day when her kids think she's old and boring, I can prove otherwise!
And then it was off to 'grannies' for the bonnet competition. 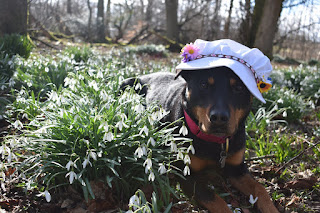 I knew Missy was never going to win the bonnet contest (although look at her in those snow drops, is that not the perfect summary of Spring?), but the competition was fierce this year! As a quick update, my family have recently started the tradition of having an Easter bonnet competition after Missy inadvertently gatecrashed and then totally owned a neighbourhood one of my older niece and nephew. Last year, I came in at a dead last having continued in the traditional vein of flowers for bonnets and...well, artistic taste. So this year I upped my game with the multicoloured stove pipe monstrosity on the far left, top picture below and still failed to rank!
Nevermind! Back to the drawing board... 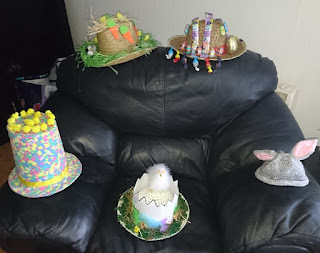 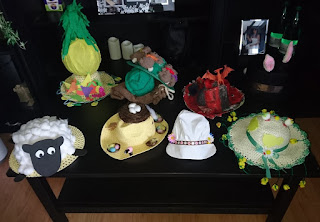 I can finally share now the gifts I made for my sister for Easter! My nephew is having a hungry caterpillar theme for the big day of his first birthday and I wanted him to be suitably attired (with a matching hairband for his sister!). I've felt bad for a while now that I haven't sewn more for my nephew, but truly, boys clothes just aren't as cute! I'm hoping to remedy that, so suggestions are welcome! 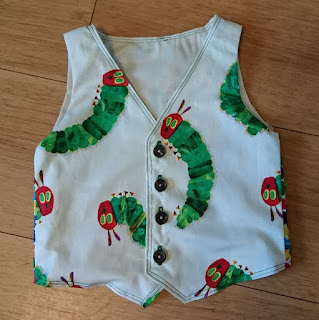 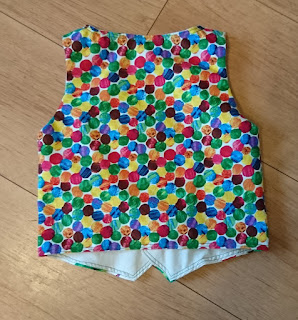 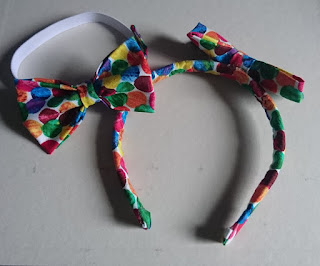 I also made some cat coasters for my sister as I had been asked not to do eggs owing to the millions they knew they would end up with by the end of the day. Not sure if she recognised the fabric, but they are scraps I have hoarded since making my neices baby quilt nearly five years ago (and yes, I have a problem, I'm trying to remedy it!) 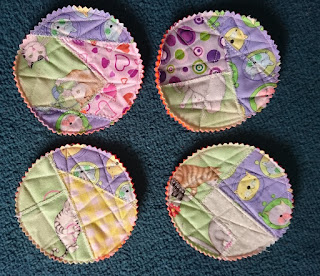 Well, that summarises this weekend, far too much to tell. Missy is completely exhausted, she has been absolutely terrific with the kids about but her need to keep up with all the going ons has meant that she's not napped all weekend. We are fairly certain she has been training Inkling. My nephew has suddenly developed a hard stare when there's food about that he wants but isn't allowed, and it's almost as intense as Missys unflinching gaze! My nephew has been rewarding her for the advice, he seems to be deliberately dropping food for her.
The start of a beautiful friendship, I think!
Posted by Rachel at 12:25