I always kinda love it when I discover something is dog friendly that I've not even thought to check before, and that was the case with the National Museum of Flight in East Fortune. A place the hubby had never been to and a spot I hadn't set foot in since I was a small child, it was a definite for the to do list.

We had been discussing planes and Concorde the day before in work, which is what led me to look at the museum in the first place. I was a bit embarrassed to confess I had never laid eyes on a Concorde before, even grounded, which is when the exhibition was flagged to my attention. Worked out very well in the end! 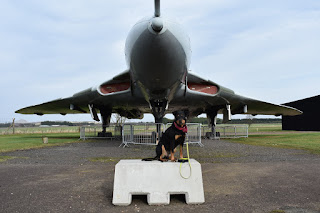 Spring has finally started to creep in - crocus are out and snowdrops are appearing in their thousands, it truly is a wonderful time of year. With the milder weather we decided to just give the Flight Museum a go, knowing that whilst Missy was allowed on the grounds, she was not permitted into the hangers. 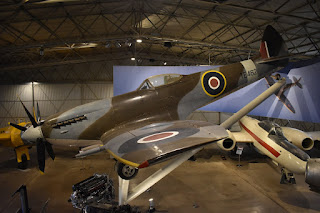 East fortune is an old military air base and, owing to its participation in both world wars, is a listed site. The area we were allowed to ramble about is a tiny portion of the full site and is focused around the main hangers and buildings.
After a double check that Missy was good to come in as we bought tickets (and we received a friendly reminder on their no indoors and lead policy) we were in and stretching legs. The place is clearly full of mice and rabbits - Missys nose did not stop for a moment and she couldn't care less as we took turns going in and out the hangers and she towed the other along with her tail wagging. 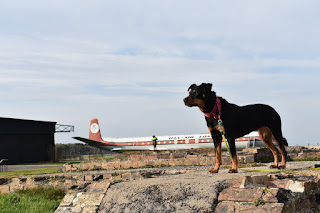 There are three hangers you can enter, the Concorde experience, the civilian planes and military planes as well as several out fitted buildings including one demonstrating how parachutes were maintained, one that was a interactive area explaining how planes worked and the other a history of the site. It was still cool enough that towards the end of our visit we were happy to pop Missy in the car whilst we nipped back and watched the short videos of Concorde. I never appreciated how large it was, or how magnificent it must have been in the air - I could finally appreciate what the guys in the team meant when they lamented the loss to aviation upon their being grounded - although looking at the fuel usage, I can understand the environmentalists upset at them flying!

We finished the visit with another walk around the base and flying a kite I picked up in the gift shop - its certainly a place to bring a picnic along in the summer and take the extended family to, so I imagine we'll be back before long!

With spring in the air, I've moved onto some brighter projects to add some colour about the house. I'm very pleased with my little baskets, though would change the construction a little bit if I was to redo them. We live and learn! 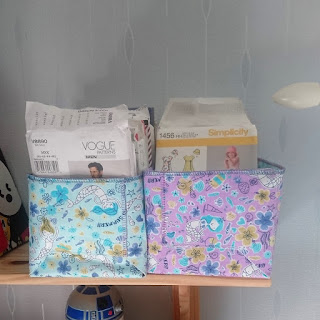 Hopefully that's winter out the way and we can start getting more adventures under way!

*nervously glances outside in case snowmaggedon mark 2 appears*
Posted by Rachel at 12:33 1 comment:

Officially the first castle of the year! 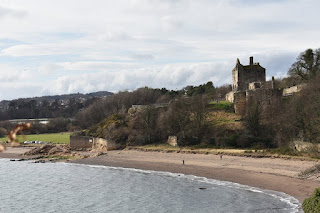 Ravenscraig Castle (not to be confused with the woods we did earlier this year) is a pretty desolate ruin on the beach by Kirkcaldy. Ironically, one of my work offices is right by the castle and, until today, I had no idea it was there - I've driven right past it dozens of times! 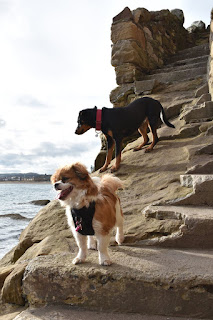 It was a family affair with the hubby, my brother, Maisie (aka Little Miss Pouty), my mother and Missy all meeting up for the walk. We met at the lower car park by the beach and the weather has definitely turned to spring, so everyone found the day very enjoyable. We started with a walk along the beach and to the dovecot before going through the park and over to the castle itself. Pouty is coming along very well and has (mostly) figured out her recall - now all she needs is to learn to pose for me! 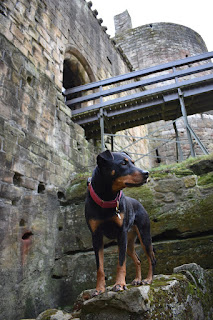 We finished with another stroll on the beach going in the opposite direction and met Hector, a very energetic and bouncy labradoodle who insisted on coming along with us on our walk and played with both Missy and Maisie. When one of our two started to lose interest, he'd provoke them into another round of chase by thieving either Missys squeaky duck or Maisies stick.
Missy has never understood the appeal of sticks. They don't squeal like a dying animal so she isnt interested - and knowing friends whose dogs have suffered impaling injuries from sticks, I'm not going to encourage it. So she gets a squeaky toy instead! 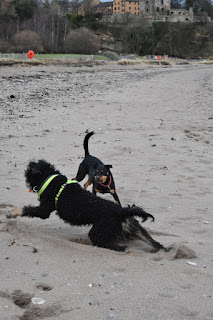 Last week was a holiday over to Copenhagen to celebrate my father in law retiring (hence the missed post) and it was a really nice holiday. I ate far too many cakes and sweets, which is surely a sign of a great holiday! Missy got to have a holiday with the dog walker and I was really pleased to get photo updates each night - a much better alternative for all of us than kennels!
Last time we kennelled her Missy she chewed her paws to the meat (she displays anxiety by licking/chewing her paws) so it turned out to be a very expensive experience once we included all the vet bills... Never again. This was our first proper trial with more than an overnight stay boarding and all of us were relived to find her in one piece - it certainly opens the door for us to go overseas a little more frequently.

In sewing news, I finished one of my really big projects just in time for the Chinese New Year which I teased in my last post: A full family ensemble in Chinese silk: 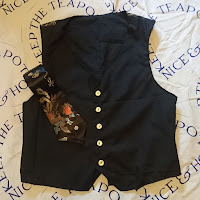 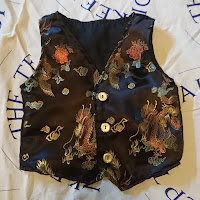 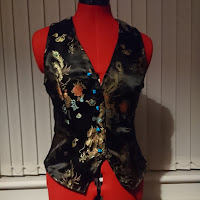 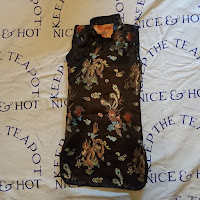 Super pleased with them - and they were well received and all fitted perfectly which I was pleased about - I always panic about sizing and the final fit when I don't have the recipient on hand. There are more detailed shots on my Instagram @missdaisysewing.
Posted by Rachel at 08:59 2 comments:

A wintry start to February

Well, the snow has arrived, not the snowmageddon levels of snow the met office promised, but we did get a little sprinkling to make the place feel a little more like winter and less of an eternal Autumn. 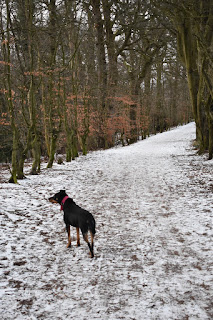 So, I for one am glad January is over - I think they should change the rhyme: 30 days hath September, April, June and November, all the rest have 31 except January, which has about 57 days in it...
There's no real reason why I've gotten so fed up with the never ending January, I'm just sick of it and feel like, with the new month and the arrival of snow, I can get my act in gear and get started with the year. 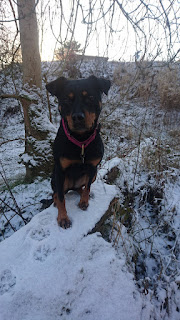 Its been a good sewing weekend. Missy enjoys the snow in small doses - everything smells great and its so exciting and then her arthritis bothers her and she hobbles about wanting her knee rubbed before she can get going again. At nearly six, I think her misspent youth murdering small animals and chasing much larger ones is starting to catch up - although she did give a squirrel a run for its money today, so I'm not sure how much of the grumpy old lady shtick is an act! 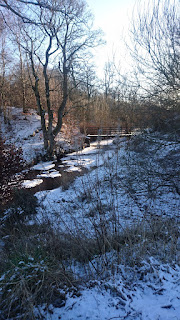 My latest sewing project is an upcycle, some nice new cushion covers for the dining chairs made with old jeans that were going to be thrown out. I'm hoping these are much hardier than my last set - who knew bottoms could be so damaging to fabrics? Although I do like the irony of denim jeans being sat on... 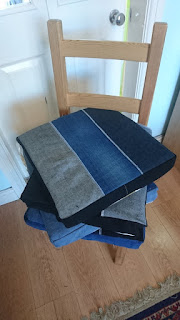 My other completed project is in the post, so I don't want to spoil the surprise and pop it on here until I know its been safely picked up. Its set to be a busy week this week, so I'm looking forward to have something to show off!
Posted by Rachel at 09:27 1 comment: