Looking for Ghosts in Dechmont

Well, the weather is finally improving and of course Missy has injured herself! The vet is fairly certain that her kneecap has become mobile and as it locks out of place, causes her to limp - not painful but a bit uncomfortable. So, its anti-inflammatory's and lead walks for the next two weeks and she has already become rather unimpressed at the situation.

Bearing in mind the vets advice, the hubby and I decided to do some exploring of the more local area which should provide Missy with some new sights and smells and not be quite as boring. Her need to annihilate the local squirrel population will have to be put on hold.

Dechmont Law is locally the highest natural area and as such has lots of dog walking and fields and that was Saturdays morning outing. When looking into the area, we discovered that we had an abandoned insane asylum literally around the corner, so of course we armed ourselves up with all our Lovecraft quotes and went out to see if Missy could find us a ghost! 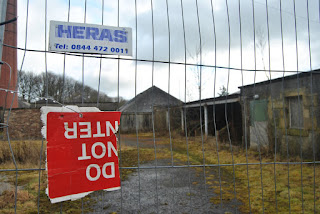 Bangour Village Hospital has had an interesting life - originally built as an asylum, it was commandeered in both wars as a military hospital and then returned back to its original purpose before being abandoned in the '90s and the last of the buildings went out of use in '04. It is a vast area of land that has now been commandeered by the local dog walkers and occasionally visited by vandals (hence all the security fences). 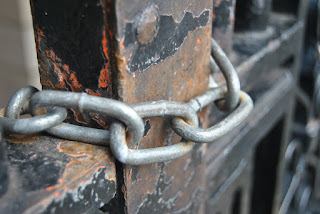 We did our best to stick to the no trespassing rules, but did poke our heads through some of the rotten and damaged doors and walls. I had expected an air of quiet restlessness, some sensation of a presence to coincide with the history of the place, but with the song birds enjoying the first real flutter of spring and the bunnies scurrying under the rhododendrons, there was only an element of sadness that such beautiful buildings had been left to rot. 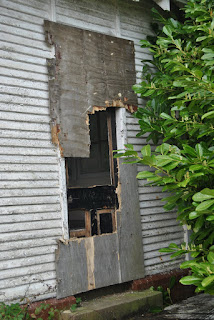 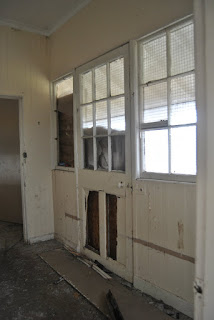 The area has been proposed for redevelopment, so I'm not sure how much longer the hospital will be in the area. 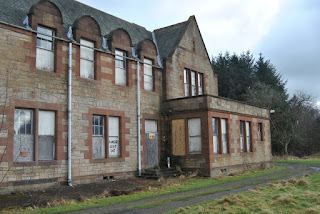 We finished the walk and Missy was rather pleased with herself - after getting tied up beyond all hope amongst brambles, she dashed off the moment she was unclipped to the rhododendrons and attempted to reduce the rabbit population.

Although, with a smile like this, I cant be cross with her! 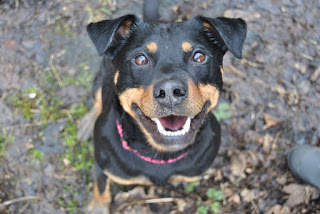