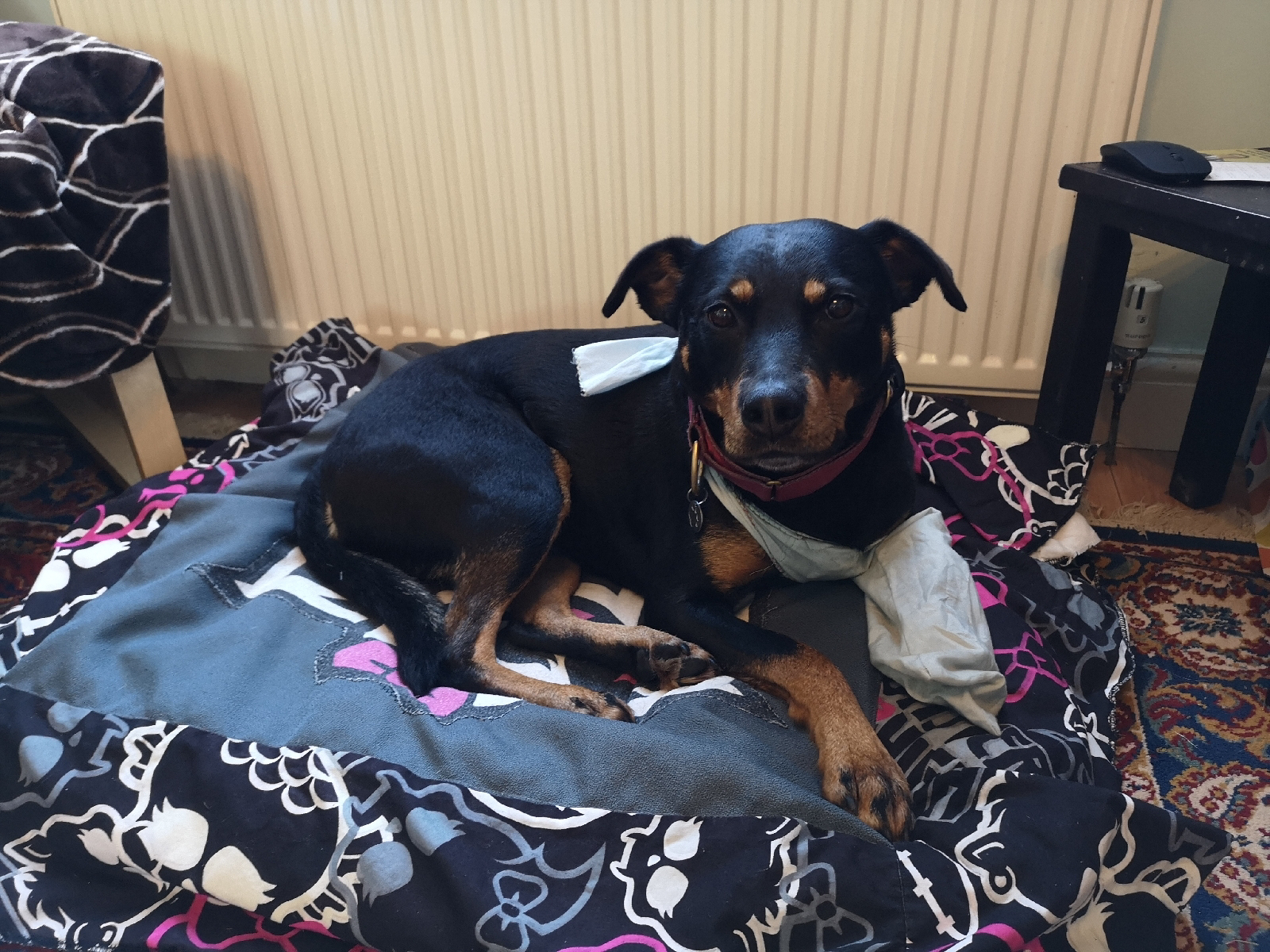 We've had a quiet week. We'll, it's been a disastrous week. Missy has sprained her pinkie toe which has caused her to hobble - she's racking up the ailments this winter, clearly making up for lost time! One day this week I found myself cleaning her ears, giving her eyedrops as she wasn't opening one (suspect it was a bit of grit, she was immediately the better and its not returned), painkillers and cream on her toes. Whoever said mongrels are less prone to ailments than pedigrees never met Missy!
On top of that, hubby has fractured his toe. The lengths a man will go to to avoid working black Friday (which didn't work as he still had to go in, but did office stuff instead of being on the shop floor). I have threatened him (playfully) with eye and ear drops as he seems keen to emulate Missys condition. Either way, it's made life awkward as I now have to do both dog walks, so this week is going to involve a lot of 5am get ups so I have time to walk her before going into work. 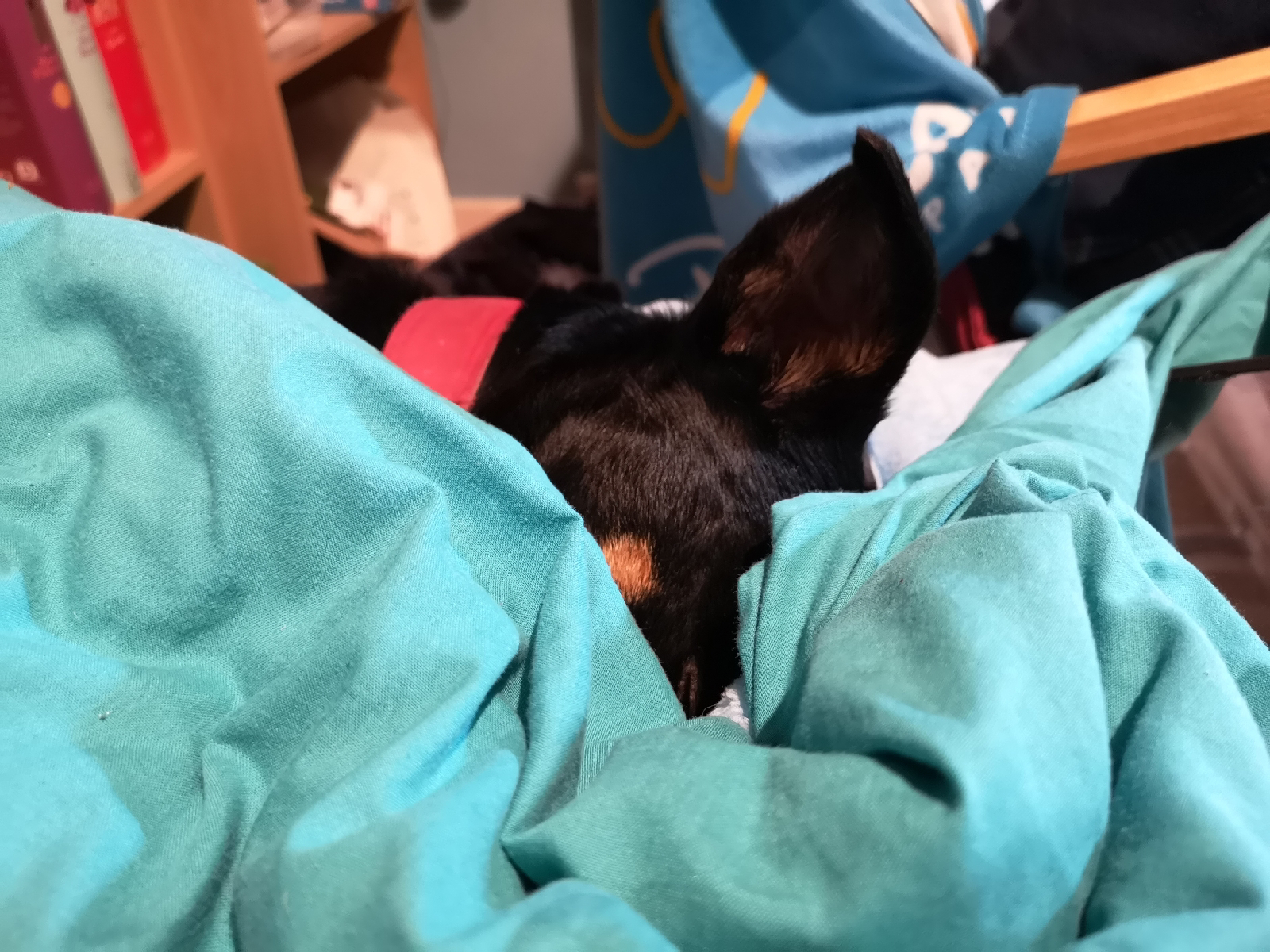 Needless to say, there has been much snuggling under duvets to avoid the cold weather and poor luck. Thankfully we had some time this morning for December Day.
So let me explain, hands up who has a family tradition that when mentioned, everyone thinks your crazy? In my household, that tradition is December Day. Held on or as close to the first of December as possible, my hubby and I exchange gifts. Now let me explain before you think I'm crazy or totally wrapped up in the commercialised mess that is Christmas, we swap Christmas themed gifts. I collect the ravensburg Christmas jigsaws, and theres no point getting a jigsaw of santa on the day when you aren't going to have time for another week to touch it. Then there are Christmas movies, cds, books, all things you want on the run up to Christmas. It all started one year when hubby asked his mother for JRR Tolkiens "letters from father Christmas". He was super pleased to receive it Christmas day but by the middle of January when our lives had calmed down enough to start it, we were definitely not in the mood for it! So, that's why we do December day.
Missy is above us in such festivities, but did get excited for her advent calander, so I'll call it a win win!
I'm sewing news, it's all gone to the dogs this week: 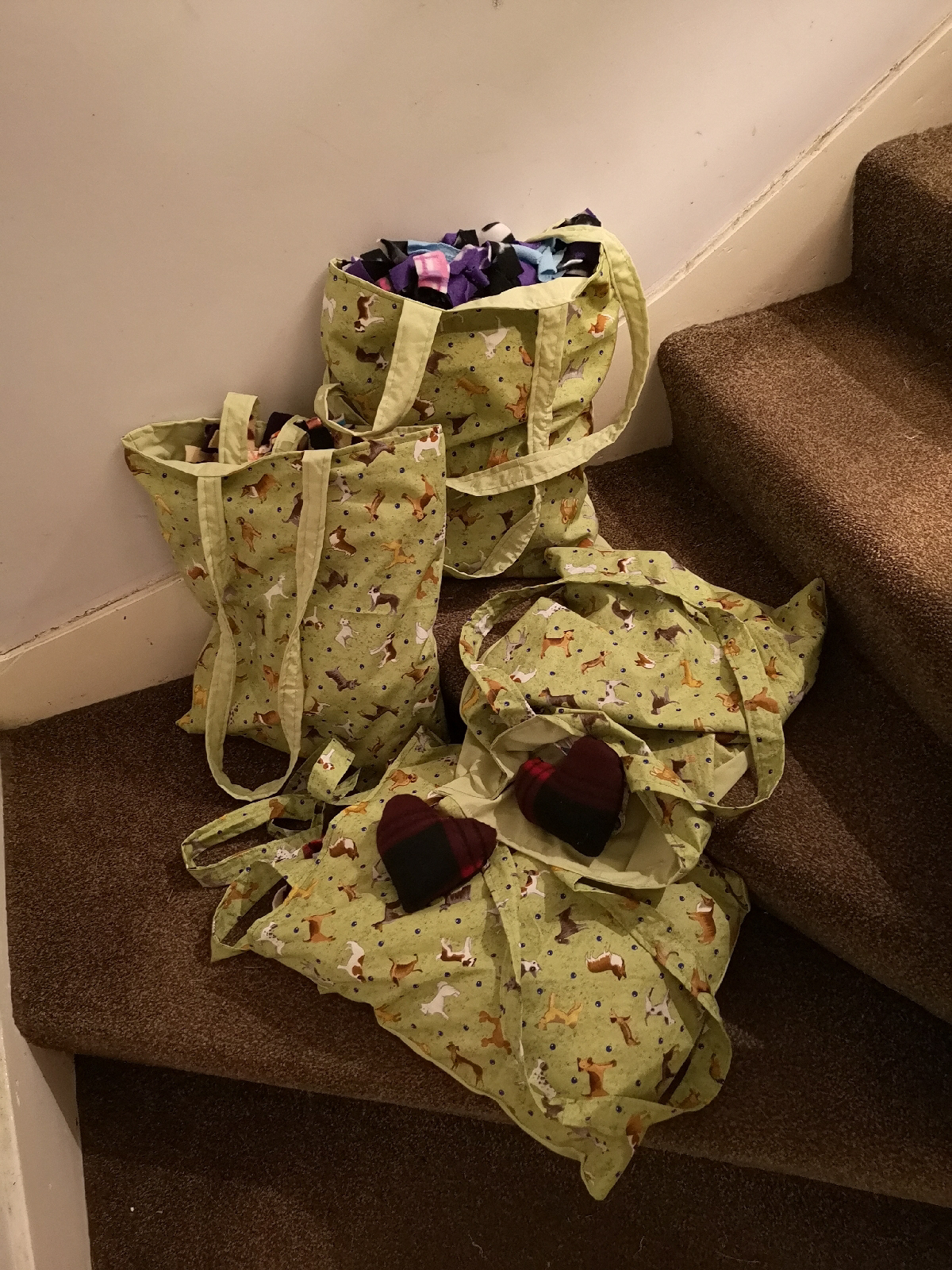 (See what I did there?)
These are the Christmas pressies for all the doggies in the family - most of it is stuff I was already making for the craft fair, and I felt a dog tote bag to put it all in would go down brilliantly. And don't worry, the cats haven't been left out: 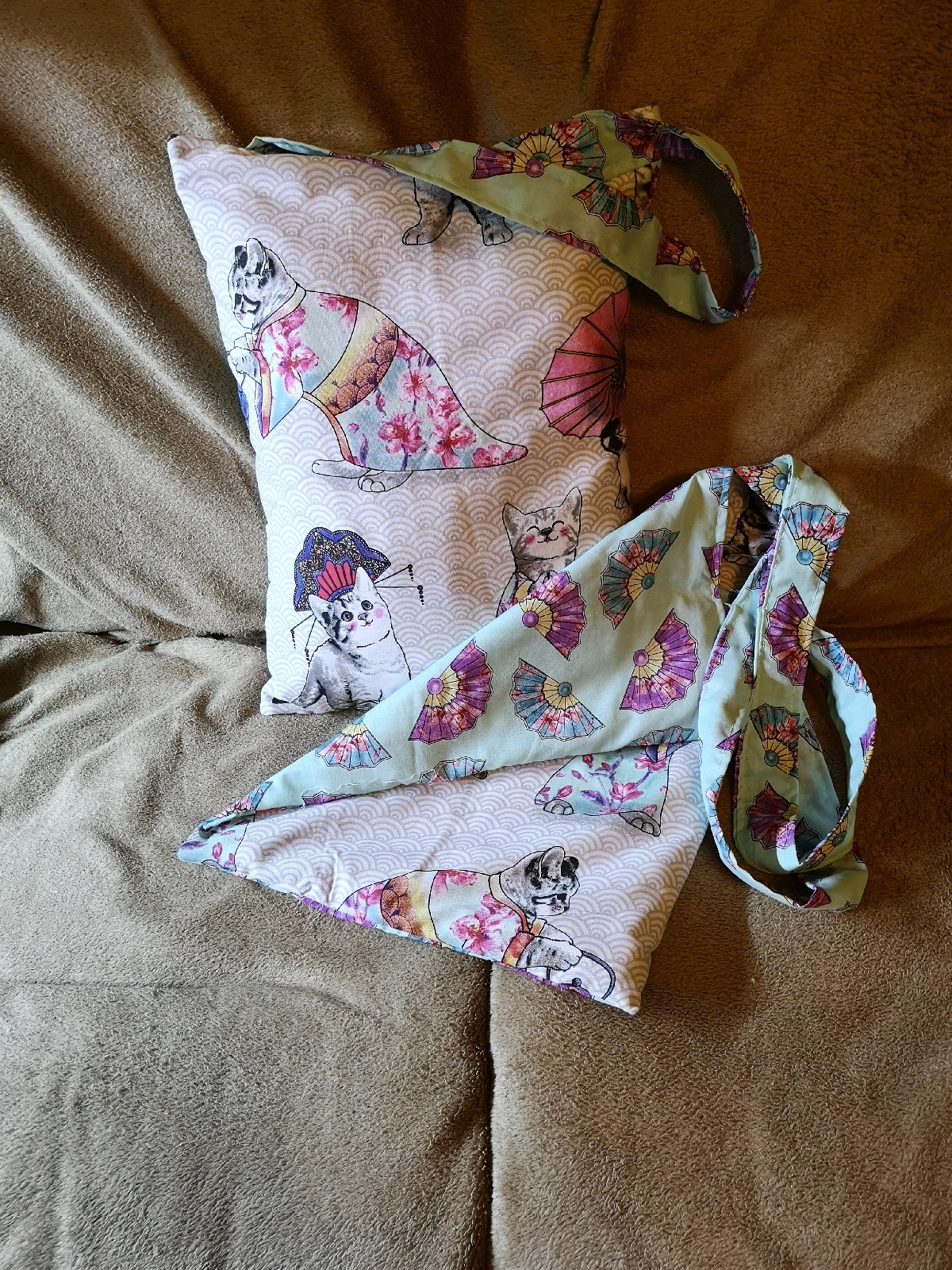 I think it's safe to say that I do overindulge Missys furry cousins!
Next week is due to be very busy, I just hope my invalids will be up for it! I'll tell you more next week!
Posted by Rachel at 09:24