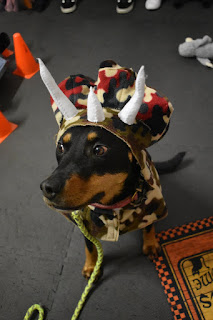 Missy had her Halloween party on Monday and I won't lie, it was an eagerly anticipated event! As it was organised by the same company that does Missys dog walking and classes (just about finished level 3, she doesn't need them, but we approve of anything that will mentally stimulate her) we knew that there would be dogs and people she knew. 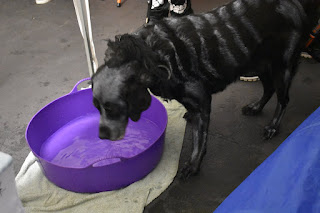 So it was a party, that means games, right? Well, there was Dookin' for (gravy) bones, various Halloween themed agility toys and games for dog and owner to partake in. We came in second with the game were we had to have Missy perform a obedience trick (sit, stay, paw, beg (a work in progress), lie down, stay, touch, back up and, strangely enough for us, stand (we need to train her to stand on command so we can work on bow which is turning into a disaster, but I honestly don't mind, there are worse things than a dog that is over keen to sit and wait for a command!) and then we'd take a little sticker off the wall with different pictures having different values. 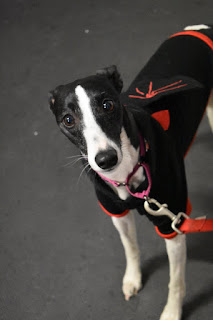 Amongst the games, there was time for making some new friends, including the above whippet who, had we stayed any longer, my husband was going to put in the back of the car with Missy to steal as our own! The costumes on the dogs were great, we had a Halloween onsie on one dog, another painted up as a skeleton (most of it had rubbed off by the end of the night, so he was absolutely fine), harnesses decorated with devil wings and Missy went as a triceratops. She's clearly hit middle age and has done that odd thing  some men do were they seem to get broader, not put weight on, but just physically become more broad in the chest. Most of her costumes are a bit snug around her neck and chest, hubby thinks it's muscle from all the squirrel chasing and I'm forced to agree! 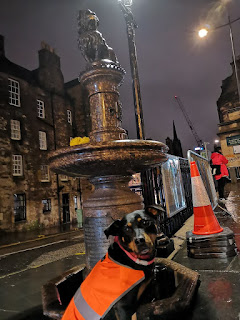 Yesterday was a bit of a different dog walk - we had a two hour ghost walk in Edinburgh with Thistle Knights Tours. They were great in responding to enquiries about which of their tours, if any, allowed dogs (the ones that go into the museum obviously aren't!) and I soon organised a puppy play date for Missy and Maisie together. My brother is game for anything really and we also invited my mother, who then invited her sister who then invited their other sister...
I will confess that I was annoyed that my play date had been comandeered by the three witches of McBeth (and I mean that as in they dressed up as witches. Without telling me it was now a fancy dress affair.) Mostly I was concerned it would be a bit pants (its a free tour, X Files Edinburgh, and you just tip at the end, so I was naturally dubious of the quality) and I would somehow be blamed for dragging them all out in the cold and rain. By this point in the week I'd had to scrape frost off the car 4 out of 5 mornings and then the last 24 hours were solid rain. I was a bit concerned it would be a literal wash out.
Of the 18 booked, we made 6 of the final 7 on the tour. And it was great, I shouldn't have been so worried. The rain had stopped but the dense cloud cover had brought the temperature up away from 0C and had also brought in a dense mist, perfect for ghost stories in a graveyard. At each point we got a choice of three stories, so we could make it as Spooky, gory or silly as we liked. I got to have a shot at dowsing and we made a very slow circuit from Greyfriars to the Canongate. The chap doing the tour was great and very quickly sussed out the nature of us all so didn't scrimp on offering us big laughs and gory details. Definitely a recommend for something a bit touristy in the capital!
I also finally got a picture of Missy with Greyfriars, it's normally far too busy to try. A group of Italian tourists watched in stunned silence as I had her neatly sit and stay, at which point it suddenly sounded as though this was the most adorable thing they had ever seen as a wave of "Awww" and other such sounds were made. Missy tarted herself out afterwards as they all then wanted to pet and cuddle her. She's a daft wee thing, honestly! 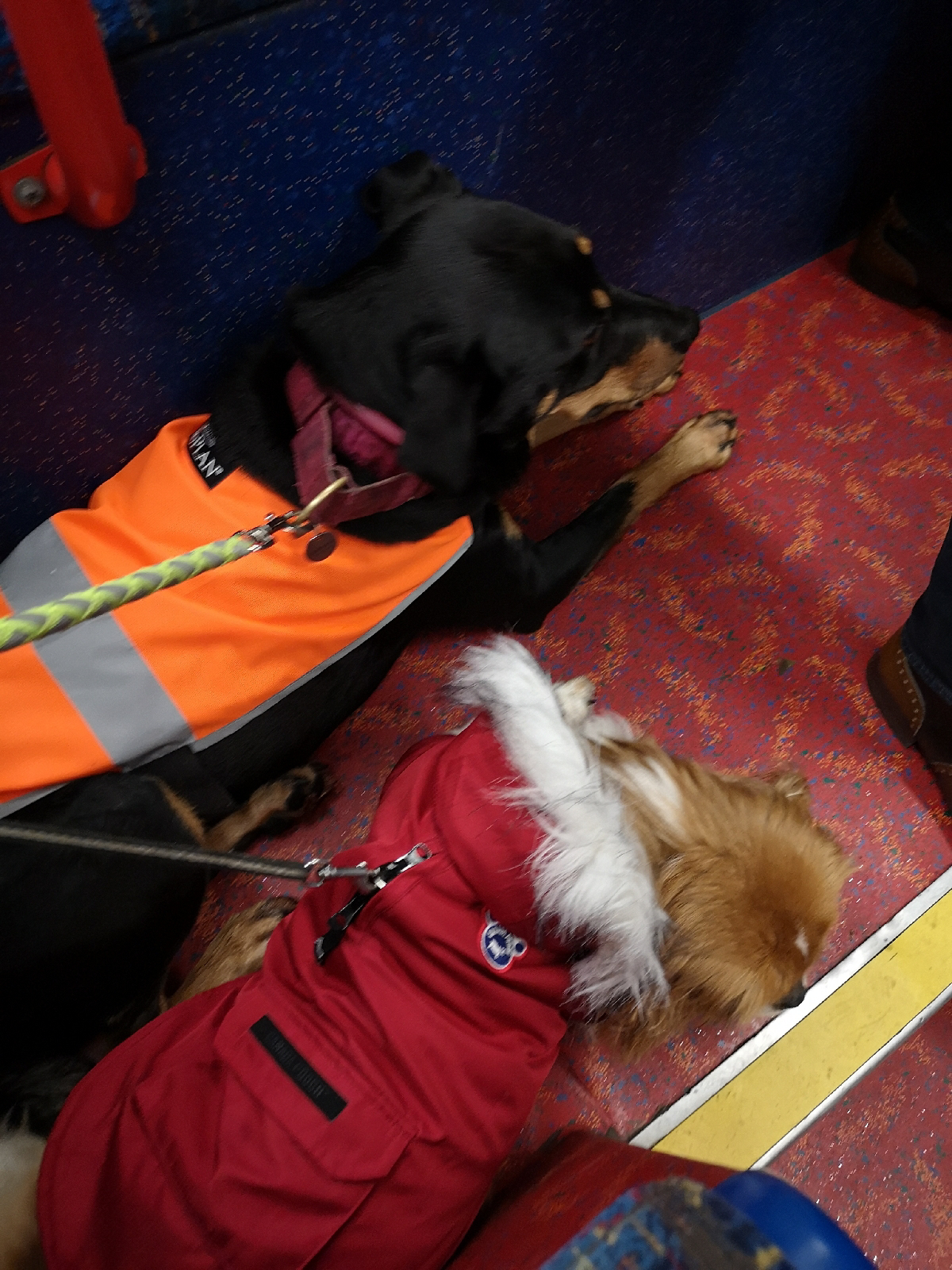 Maisie was worn through after her first bus trip and the excitement of town. So we all headed home afterwards to a relatively early night.
Not a bad wee week!
Posted by Rachel at 08:55